George A. Emmanouil: The contribution of the EU budget 2021-27 to European Economic and Political Integration 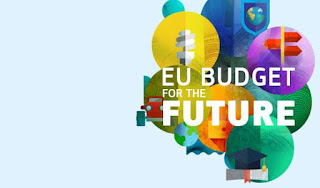 Based on the overall size of GDP, the European Union’s economy is second, with the US first and China third. Also, the EU is the second largest exporter of products after China, the second largest importer of products after the US, and the leading importer and exporter of services, while at the same time the EU is the largest FDI investor in the world (2018).
EU-15 had developed a strong enlargement policy (2004 +10, 2007 +2, 2013 + 1, 2025 + 2, 2030 + 2), is addressing the needs of third countries from 2003 onwards through the ENP neighborhood, while donating more than 50% of global humanitarian resources mainly through the UN.
The outcome of these policies was the positive extension of the principles of Europe, i.e. democratization and human rights in international relations, soft power in democratic terms (without the use of military means) etc.
The main weaknesses of the EU are its demographic aging, its energy dependency and its colonial heritage.

The EU, through its common policy of competition rules and fiscal policy, seeks to strengthen its strong competitive sectors such as chemicals, renewable energy sources, circular economy, industrial production, biotechnology, and improve its position in areas lagging behind the US and Japan such as computer technology, electronics, industrial automation, robotics, aeronautics and technologies information and communication and production research interconnection.

The EU's Common Policies (designed and implemented by qualified majority of Member States) are:
1) The Single Market since 1992 and the application of harmonized indirect VAT taxation to all Member States,
2) The Single Trade Policy pursued mainly through the European Commission in the WTO Multilateral Agreements and in the EU bilateral agreements,
3) The Common Agricultural Policy (CAP),
4) The Competition Policy,
5) The Regional Cohesion Policy through the Structural Funds (ERDF, ESF, Rural Development etc.),
6) The Environmental policies,
7) The Monetary policy for Euro countries and
8) The policies of the Rule of Law, in accordance with the acquis communautaire of EU Treaties, Directives and Regulations.

The “partially” Common Policies (where unanimity or consensus is required by the Member States) are:
1) The Foreign policy,
2) TheEnergy policy,
3) TheSpatial policy for transport and trans-European networks
4) TheMigration policy,
5) TheCompliance with the Shengen Treaty,
6) TheImplementation of the Charter of Fundamental Rights of Citizens and Workers,
7) Dealing with Climate Change

Based on the above, one could argue that there is a need for a harmonized common fiscal policy and a drastic increase in Community budgetary resources above 5% of GDP in order to enable the common policies’ expansion and to deepen the path towards immediate federal direction. An effective strategy for the EU can be the effective development of a common foreign policy and EU competitiveness at the international level, while achieving social and political cohesion and integration within the EU itself.

EU Financial Guidelines 2021-27
1) The Budget remains in balance.
2) Defense and social policy expenditure remains under the responsibility of the Member States.
3) The average budgets of the Member States are around 40% of their GDP, while the EU’s is too small for the ambitious EU targets and equal to 1% of GDP of the EU.
4) The following table describes the EU spending trends over time:

It is therefore clear that the European Commission's target for the 2021-2027 Programming Periodis designed so as to reduce the CAP and the Structural Funds, with greater allocation and increase of resources in Foreign Policy, Innovation and Digital Transformation,ICT, Migration Policy (doubling of resources from the previous programming period), while allocating 25% of its resources to Climate Change/ RES expenditure and area de-lignification.

Net financial position of EU countries
The main EU Sponsors in order of size are: Germany, Netherlands, Britain, Sweden, Austria, Belgium, France.
The main beneficiary countries based on net inflows are: Greece, Portugal, Ireland, Spain, Italy.
However, it is worth notingthat the donor countries are the main beneficiaries concerning their competitiveness in the single market in 1992 and hence of the Monetary Union and the fact that the Structural Funds developed since 1992, on the proposal of the President of the European Commission Jacques Delors was their response to the acceptance of the single market and EMU to the cohesion countries.
With regard to CAP, the conversion of price aid into income, based on land and historical rights, and adaptation to WTO regulations mainly strengthen the wealthy farmers from North Europe, as the there is a threshold of aid to cohesion beneficiary countries by Structural Funds up to 4% of their GDP. There are negotiations regarding setting up a threshold for the maximum aid per farmer eg. 50,000 € (current aid 200,000 €) or setting up National Limits.

EU Expenditure for the period 2021-2027 proposals:
For the years 2014-2020: = 1.03% for EU-28 or 1.16% of for EU-27 (due to the loss of € 84 billion contribution from the UK withdrawal), which will come from 50% of Cohesion SF and CFP and 50%from Member States' 1% GDP contribution.
1.       The EU proposes: 1,114% of GDP of 27
2.       The European Parliament and the cohesion countries 1.3%
3.       The Donor countries 1%
4.       The European Council 1,069% (EU budget requires unanimity of Member States)
Proposals to increase the Community budget with a political dimension:
1.       The promotion of a European Environmental Tax based on the activities of polluting businesses (supported by donor countries and cohesion countries).
2.       Tobin Short-Term Banking Transaction Taxes (supported by France and cohesion countries)
3.       Increase Member States' national contributions by 1% of their GDP or the income of European citizens, which creates a sense of political unity among European citizens (cohesion countries proposal)
4.       Global tax reform for transparency and control with minimum single tax for multinational corporations and offshore companies and rule adaptation to the digital age (Google, Amazon, etc.) and tackling tax evasion (France, Germany, OECD and cohesion countries’ proposal).

Conclusions
The experience and momentum of the EU, from its creation to the present, has shown that although it respondsslowly and often not efficiently, as a set of complex and bureaucratic negotiating and compromising institutions under the Lisbon Treaty of 2009 is in place, it has so far managed to mature, compose and respond as a positive, soft power to the challenges of globalization, such as:

·         In the collapse of the Eastern bloc, with the promotion of the enlargement of the EU, ENP neighborhood policies, the Common Foreign and Security Policy (since 1992) and Defense Policy (since 1999, after the Yugoslav wars and the-without a UN decision- NATO intervention);
·         In theglobalization of international markets through the common commercial policy of promoting GATT and WTO multilateral agreements and bilateral agreements with third countries;
·         In the debt and deficit crisis of PIGS with the development of financial coordination and control institutions;
·         In the refugee/ migrant crisis with the development of resources and means to deal with it (EU Migration Agenda 2016);
·         In the climate crisis with the signing of the Paris Agreement in 2015 and the commitment of resources and policies for the 2021-2027 Program Period.
·         In the current public health crisis of coronavirus in the world caused mainly by the destructive exploitation of the natural ecosystems, coped with limited EU resources and policies on public health.

Therefore, the European Union is today at a crossroad:
ü  it will either crawl into diverging trends under the leadership of powerful states and their economic lobbies, which will reinforce the division between Northern and Southern European countries and the euroscepticism and nationalism in countries such as Visegrand countries and may eventually lead to its gradual disintegration; or
ü  it will further extend, integrate and democratically deepen its common policies, with sufficient financial  resources such as thestructural funds, the European Solidarity fund and the proposed common Eurobond, towards a federal direction, in order to ensure the sustainable social and political cohesion of its peoples and citizens. At the same time, a genuine common foreign policy, with a united front in the UN, in international organizations and forums, and utilizing the European values of enlightenment, to promote fair international trade rules and principles of peaceful and sustainable community and global governance, is a must.

[The article in Greek] 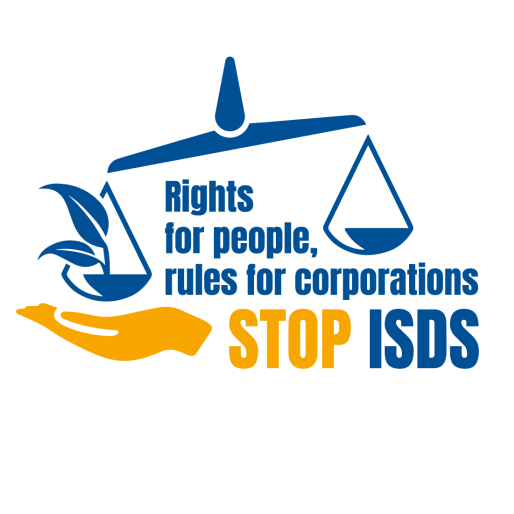