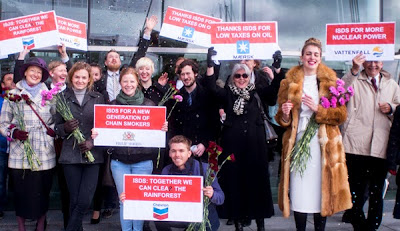 Special times call for special actions. This is such a moment. The European Parliament is about to vote on a critical resolution on TTIP. We ask you to please act now to ensure that the Parliament takes a strong position against corporate courts in TTIP. Say #no2ISDS now!

At the time of writing debates on the resolution are still ongoing with the vote in the plenary scheduled for 10 June. Among the various European Parliament committees contributing to this resolution 5 committees have already rejected ISDS (=investor state dispute settlement, i.e. private courts in which investors can sue states if they feel a state action decreases their profits). This is great news but the vote in the lead committee (INTA or trade committee) is happening this week on 28th May and at the moment it looks like it may take a business-friendly stance and propose a weaker position on ISDS. Tell the members of the trade committee to say NO to ISDS!

145,000 citizens said #no2ISDS in the Commission’s consultation last year; and almost 2 million people signed the European Citizens’ Initiative Stop TTIP. Let’s remind the Members of Parliament (MEPs) ahead of this critical vote that people in Europe care about TTIP and don't want ISDS.

You can let them know in less than one minute by using this great online action tool. Available in eight different languages, it enables citizens from all around Europe to contact their MEPs instantly and ask for their pledge to say no to special rights for foreign investors.Please also forward this email to your friends and ask them to say #no2ISDS! 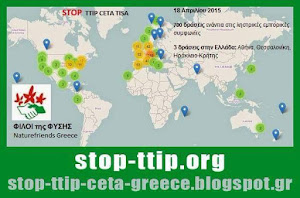